On the 27th May, the Victorian State Government fulfilled an election promise to hold an inquiry into those sections of the Domestic Animals 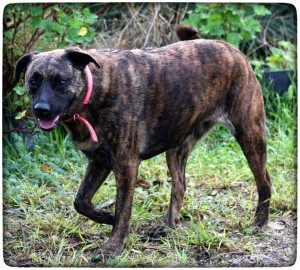 On June 1, the the Victorian Government’s Economy and Infrastructure Committee called for public submissions to the inquiry. You can read that media release here.

While it was encouraging that they were asking for submissions, the heading of the media release is, “Community views sought on the laws relating to dangerous dogs”, which wasn’t encouraging, since dangerous dogs and restricted breed dogs are not necessarily or even commonly, the same thing.

A number of organisations, and, I hope, many individuals, provided submissions to the inquiry. One, which I hope you will take the time to read, is a cracker. It is balanced, based on sound evidence and provides a way forward which prioritises public safety, equity, responsibility and compassion.

The group who wrote the paper are called Responsible Canine Guardianship Victoria, and are all experts in their respective fields, include Bill Bruce, the architect of the Calgary Model reference below. If Victoria could achieve the outcomes suggested in this paper, we’d have an animal management system second to none. Australians love their pets, on the whole people are responsible guardians of their animals, there is no reason why we can’t improve our current system for the benefit of people, pets and safer communities.

This blog sent in a submission to the inquiry, and you can read that submission if you wish. Victorian Parliamentary Inquiry into Restricted Breed Dog legislation.

If you’d like to know more about the inquiry, the terms of reference and public hearing (when scheduled) and follow its progress, you can do so from the EIC’s page which is here.

The really good news is that Bill Bruce, the architect of the Calgary Model, which is often referenced as effective, breed neutral animal management, will be in Victoria to attend the public hearing for this inquiry. You can read the good news here.