Home » About this blog

The rescue community in Australia is growing. There are more and more small, local, community-based animal rescue groups across the country saving hundreds of thousands of animal lives every year. 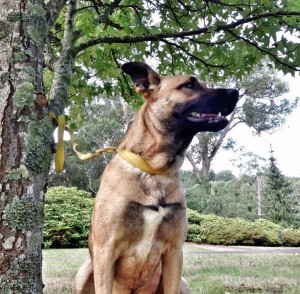 Relying almost entirely on volunteers, the sector relies heavily on experience, anecdote, practitioners and, to some extent, myth to inform their work. As one of those rescuers, I am interested in growing an evidence base for rescue, as well as writing about my experiences and reflections as a rescuer.

I have been doing volunteer companion animal rescue for well over a decade now. Over those years I have worked with various organisations and now run my own, small, community-based animal rescue group. As a rescuer I’ve visited pounds, talked to rangers, pound staff, volunteers, other rescuers and adopters. I’ve driven thousands of miles to collect animals and more thousands to help people adopt animals. As exhausting, disillusioning and sometimes heartbreaking as rescue can be, it’s also enormously rewarding.

In the other part of my life I am an educator and a researcher, which means that my natural inclination is to read, to study and to enquire about any topic I am interested in. Since I am passionate about rescue, I’ve read, talked, discussed and enquired as much as possible. However, companion animal rescue, despite its increasing popularity is a little-studied beast. It’s haunted by old mythologies and out-of-date thinking, which directly reflect the lack of an evidence base for rescue.

In this blog I hope to uncover the evidence which exists, highlight new thinking and reflect on my own experiences as a rescuer.

Some of the pieces here are republished from a previous blog, but in due course I will be adding newer pieces as time permits.

If you’re interested in reading more about the evidence base for companion animal rescue, I encourage you to follow some of the links on the resources page.

And of course, if you’ve got comments or ideas, please feel free to post them here (comments are moderated to avoid spam) or on Facebook.