The iron fist of the real, inside the velvet glove of airy mathematics.~Gregory Benford, Timescape

The reality for many, if not most, rescue groups, is that we are beggars at the gates of the shelters and pounds, dependent on their good will to save lives. We plead with them to give us animals, turning a 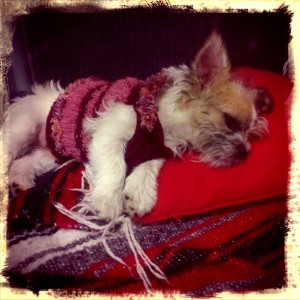 blind eye to how many they kill, to the poverty of their processes and the inflexibility of their systems.

We rejoice when, in their magnanimity, they allow us to save an animal. We rejoice when they agree to hand over an emaciated puppy, or a dog matted to the skin and covered with fleas, old dogs with arthritis and dodgy knees, or kittens with their eyes weeping with cat flu. We rejoice because there are no laws, no rules, no policies, no reason for them to give us animals, except their own compassion and sometimes, rarely, a commitment by councils to saving lives.

Most rescue groups are only too familiar with the mad scramble the day before kill days,the scramble to find scarce places, organise transport or boarding, check bank accounts to see if they can squeeze in one more dog or a litter of kittens. And all rescues know that sick feeling looking at the faces of the ones they can’t save.

As rescue groups we know the feeling of coming late to the table and pleading for a place, whether it’s to save lives, to have a voice, to be consulted to shape legislation or simply to be respected as a significant players in the animal welfare industry.  We argue our case from a position of moral worth and assume our only value is in our virtue. In fact, like nineteenth century virgins, many rescues eschew economics in favour of the modest virtues of hard work, humility and poverty and blush at the thought of putting a price on ourselves.

But nobody gets a seat at the big end of town if they can’t bring the numbers – so let’s talk money.

We’ll start with Pet Rescue, which is where most rescue groups, and some of the big players (RSPCA, AWL) list their animals.

There are currently 552 groups listed on Pet Rescue. So let’s take 52 away, to account for the various RSPCAs and AWLs and those groups which are no longer in operation. 500 is a nice, round number to work with.

In 2010/11 an estimated 4.6 million volunteers contributed some 15 billion dollars in unpaid work to the Australian economy, according to the Productivity Commission (http://www.pc.gov.au/__data/assets/pdf_file/0003/94548/not-for-profit-report.pdf), which is why the NFP sector attracts so much attention, it is a significant player in the economy. Volunteers are an economic benefit.

So let’s take those 500 rescue groups listed on Pet Rescue, and let’s assume that each of those groups contributes the equivalent of one, full time volunteer worker. This is almost certainly an underestimate, but let’s assume that each person spending a couple of hours answering email enquiries, or answering the phone, or meeting prospective adopters, or driving animals to and from vet appointments, or transporting them from pounds, or doing home checks, or liaising with pounds, or taking photographs, or writing up Pet Rescue listings, or filling out paperwork is one person doing a full time job.

In 2011 the average Australian wage was $69,165. So those 500 hundred rescue groups are contributing $34,582,500 to the Australian economy (500 X $69,165). Pause a while and consider that figure: thirty-four million dollars in volunteer labour contributed by a largely invisible volunteer force.

Now if you count the numbers of dogs and cats available on Pet Rescue and do the sums (as we have), you’ll discover that the RSPCA and the AWL (the big shelters who advertise their pets on Pet Rescue), rehome about 13% of the total numbers of pets listed on Pet Rescue.

Since Pet Rescue started they have rehomed 167,639 pets. If we assume that the 13% rehomed by the big guys is standard, then community-based rescue groups have rehomed 87% of that figure, or 145,846 animals.

Next let’s assume that each of those animals received only basic vet-work: a vaccination, a microchip and de-sexing. A vaccination runs at about $50, a microchip about $20 and de-sexing around $150, so each pet costs a rescue group an average of  $220 (assuming they are small, young and otherwise healthy). So those 145,846 animals saved by rescue groups have contributed $32,086,120 back into the economy via veterinary costs in the last ten years (Pet Rescue started in 2004, but we’ve rounded things up a bit). That’s around three million dollars a year.

But wait, there’s more. The Australian Companion Animal Council estimates that it costs $20 a week to keep a dog, and $11 a week to keep a cat – that’s food, flea and worm products, bedding, kennels, boarding, grooming and etc. If we split the difference we could say it costs a rescue group $15 to feed and house a pet while it’s with them and assume that the average stay for a rescue dog or cat, before rehoming, is two weeks. So those 145,846 animals have contributed another $4,375,380 back into the economy over ten years, or nearly half a million dollars a year.

If each of those animals was adopted into a home and lived an average of ten years, we can assume that their loving new homes also spent an average of $15 on feeding and looking after their pets, which generated around 1 billion dollars in over the last ten years ($15 x 52 x 10 x 145,846) which is or around 105 million dollars a year. In fact these figures are on the low side, a 2011 report estimates Australians spend about $1500 per year on their pets. (http://www.news.com.au/money/money-matters/australians-spending-up-on-pets/story-e6frfmd9-1226151433811).

So those 500 rescue groups are contributing directly, or indirectly, around 150 million dollars a year into the Australian economy; each individual group generating a net economic benefit of nearly 300,000 dollars per annum. These figures will probably come as a surprise to rescue groups, since most of us struggle to survive, but Australians are big pet lovers and willing to spend money on their animals as well as donate large sums to animal-based charities. (Australian Companion Animal Council http://www.acac.org.au/pdf/ACAC%20Report%200810_sm.pdf).

If you think these figures seem extravagant, check out this infographic about how much a single bank’s credit card customers spend per year on their pets. http://www.commbank.com.au/personal/infographics/how-much-do-customers-spend-on-their-pets.html

There’s one more figure I’d like to examine. Councils kill pets. They kill an estimated 250,000 companion animals every year across Australia. Some pounds bring in a vet and kill by lethal injection, some take them out to the tip and shoot them. But whatever method they use costs them money. Let’s assume an average of fifteen dollars to kill a pet (the same as it costs a loving family to look after it). By not killing those 145,846 pets and releasing them to rescue (sometimes at a cost), pounds have saved themselves $2,187,690 of tax payer’s money.

We don’t need to be beggars at the table. If local, state and federal governments aren’t interested in a moral argument (it’s bad to kill animals you guys), it’s about time they listened to an economic one. Rescues value life, in more ways than one. Collectively animal rescues across Australia have vast stores of capital: social, economic, human and moral – it’s about damned time we recognised it.