When the Hon. Jaala Pulford, Minister for Agriculture and Regional Development announced that she would request her Department to conduct an investigation of the Lost Dogs Home, the internet went  wild. Animal lovers, rescue groups and advocacy organisations have been agitating for change at the Lost Dogs Home (LDH) for at least a decade and this review is a significant shift in government thinking. 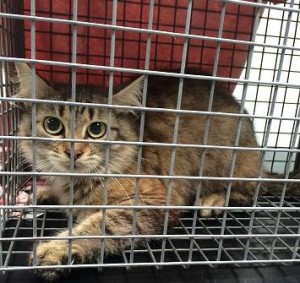 Certainly the fact that, as Saving Pets has pointed out, the CEO of the LDH, Graeme Smith is missing in action (http://www.savingpets.com.au/2015/01/where-the-hell-is-graeme-smith/), with Chair of the LDH board Dr Andrew Tribe (all the way from Queensland) taking point as spokesperson suggests that, possibly for the first time, the organisation recognises that there will be real scrutiny. And that the Board realises that simply denying there is any basis for criticism and demonising critics as bullies, which has been Mr Smith’s tactic, is no longer an adequate response.

Dr Tribe is also Vice-President of the Board of the RSPCA Qld. In that role you’d hope he’s been exposed to that organisation’s proactive approach to companion animal management.

The LDH responded to the announcement of the proposed investigation with this statement (https://www.facebook.com/LostDogsHome/posts/10152506796181021).Part of that statement said, “We were, as recently as under six months ago, audited by the City of Melbourne as part of their regulatory responsibilities under the Code of Practice and were found to exceedingly fulfil our obligations with no non-conformities.” That statement is probably true. The City of Melbourne would have audited to ensure that the LDH was complying in terms of registration as a Domestic Animal Business, including documentation, numbers and other process and compliance issues.

There are three issues entwined in the case of the LDH which are going to make a review of the LDH a complex problem for the government.

The first is probably the simplest, but also the least satisfactory for the animal welfare community.  A review of the LDH’s compliance to the Victorian Code of Practice for the Operation of Shelters and Pounds is likely to be a disappointment to opponents of the LDH.

While stories from current and ex-employees which have been appearing on social media suggest systematic breaches of the Code by the LDH, (such killing dogs in front of other dogs), many of the practices which have outraged critics might not be morally defensible, but are perfectly legal. So while it might seem to constitute a breach of the Code, if dogs kept in kennels for eight days are not exercised, under the terms of the Code exercise is not mandatory.

Section 2.7.4 of the Code deals with shelter enrichment (and this addition was hard-fought-for by animal advocates when the Code was last revised)

Environmental enrichment must be provided regularly for all animals. This could be in the form of exercise, foraging opportunities, toys, play materials, grooming and socialisation with humans and the animal’s own species. Grooming is encouraged and long haired animals should be groomed regularly to prevent coat entanglement. All enrichment and socialisation must be controlled to avoid risk of contamination of other animals.

The wording is “could be in the form of exercise”, but the out is there:

All enrichment and socialisation must be controlled to avoid risk of contamination of other animals.

Animals housed long term must have environmental enrichment daily. Enrichment activities must be assessed for safety to the handler and the animal and should be varied regularly.

All the LDH needs to argue is that exercise for dogs is either not safe for the handler or likely risk other animals via contamination and that instead they use other methods for enrichment. There is no definition of socialisation, so a five minute visit by pound staff to hose out the kennel could be claimed as enrichment. In terms of process and administration the Code has very clear guidelines. At the point where most animal welfare advocates would think the rules needed to be mandated, the Code goes quiet.

For unclaimed animals, the relevant section of the Code is “2.6 Euthanasia or removal of an animal from the establishment.”

At the conclusion of the statutory period specified in the Domestic Animals Act 1994 for seized or surrendered animals, animals must be:

There is a lot of detail about ending an animal’s life, but not much about saving it. In the second point, “unsuitability for sale” covers a lot of ground. The Code says:

Aggressive, anti-social animals or an animal with known vices such as excessive barking, or habitual escapees must not be made available for sale.

How are these behaviours assessed?

Establishments must develop and practice standard procedures for the assessment of health, temperament and sociability in animals selected for rehoming.

Essentially, the organisation can decide for itself what the assessment procedures are and the criteria which send a dog or cat to its death.

If the LDH chooses to kill 46% of unclaimed animals, as it does, there is nothing in the Code to make that illegal. Once a dog is dead, there is no way of discovering if it really was aggressive, or just a mother dog watching someone kill her puppies. Or a cat was feral and not just scared of being in a pound. Or a dog was a fence jumper or simply desperate to escape a terrifying environment.

The LDH can commit many actions which the animal loving public would find inexcusable, but not be in contravention of the legislation which governs their business. The sad reality is that the Code which governs pounds and shelters, provides, even encourages, the practices for which the LDH is being criticised.

In terms of allegations about cruelty, the statements by current and possibly present staff will be important. Let’s hope there’s some photographic evidence, otherwise its likely to be really easy for the LDH to argue that an incident was the responsibility of an individual staff member and not a systemic issue.

In order for breaches of the Code and cruelty allegations to get legs, there’s going to need to be enough people coming forward to give evidence to create a critical mass for a case to be made. It’s the number of allegations with any available evidence which will make the review more than simply a rap over the knuckles.

There is, or has been, ill-feeling between the LDH and both the Victorian RSPCA and the Lort Smith Animal Hospital. Since the recent appointment of the Lort Smith CEO to the role of CEO of the RSPCA, there might be some impetus for the RSPCA to get involved, since investigating animal cruelty is, as they remind us constantly, what they do. Under the Victorian Prevention of Cruelty to Animals act,

Under Part 2 and Part 2A of the Act, the following officers are authorised to have powers to investigate cruelty to animals: all Victoria Police officers, officers authorised by the Minister for Agriculture who are DEPI Livestock Disease Control Act inspectors, RSPCA officers and Authorised Council Officers.

The third strand of this investigation is the one which is likely to prove problematic for the government, but which might be the break companion animals in Victoria need.

This is the statement that the Minister released announcing the proposed review, “Minister for Agriculture, Jaala Pulford, has directed authorised officers within the Department to investigate allegations relating to high euthanasia rates, accommodation and housing of animals, identification of animals’ owners and the assessment of animals for re-homing.”

Of these items, “high euthanasia rates and assessment of animals for re-homing” are going to be difficult. The Code doesn’t specify any number as “high” and as we’ve already seen, there is no standard for behavioural assessment beyond whatever process an organisation chooses to use.

In fact the science is a bit dubious about behavioural assessments, “The results showed that Australian shelters use a variety of protocols to assess adoptability. Although shelters do their best to ensure meaningful results, assessments developed in-house predominate and lack standardization in content and methodology; none have been adequately evaluated in the peer-reviewed literature.” (http://www.tandfonline.com/doi/abs/10.1080/10888705.2010.483856?journalCode=haaw20#.VMHv98mLXSh).

It will be interesting to see how an investigation into the LDH is going to tackle the problem of sound behaviour assessments, but I hope that bringing the issue under the spotlight will make it less easy for shelters and pounds to kill animals on behavioural grounds.

The final point about high euthanasia rates is where I think the review might stutter. The LDH could argue, with some justice, that they are not contravening the Code, and that there is no bench mark for “high” euthanasia rates nor any mandate for saving life rather than ending it. I’m sure the LDH will argue pet-over population, lack of mandatory de-sexing and puppy farming (there is a reason the LDH support the Oscar’s Law movement) as a reason for their kill rate.

The problem for the government is that if they are really going to investigate the LDH for high euthanasia rates, they will have to provide some kind of definition of what they consider the rate should be. The only way to so that is to look at what other shelters and pounds are doing (or not doing) and open the whole discussion of saving companion animals. They can’t investigate the LDH on these grounds as a stand-alone activity. The reality is that as things stand, the LDH could kill every single unclaimed animal and do so perfectly legally.

If the government’s review chooses to go down the route of mandating an acceptable kill rate they are going to have to revise the Code of Practice to include these levels. Opening up the Code for a review which considers appropriate levels of euthanasia for companion animals is an opportunity to bring about real change in the management of companion animals in Victoria.

It should also be said that there are many good people working at the LDH for whom the chance to save lives, to do their work with hope and enjoyment and to do the best for the animals in their care and not the minimum they are allowed to do, should also be a cause for advocacy.

Our role, as animal lovers and animal welfare advocates, is to keep the heels of the government to the fire, to ensure that the review is a real opportunity to ask questions about how many companion animals are killed in our pounds and why our legislation isn’t doing a better job of saving them.